When you see a child in full-on meltdown mode, how do you react?

Small had a doctor's appointment today and a packed-to-the-rafters waiting room, TV playing, bing-bonging notification screen and just four hours sleep meant he was struggling as soon as we walked in.

Big took him back to the car and we hoped that, as the appointment was about existing problems, we could get away with just me talking to the doctor. Despite my explanation as to why Small was not present the doctor insisted on seeing him and we had to carry him, kicking and screaming, through the waiting room, past a group of old ladies in the corridor and into the doctor's room. After twenty seconds she said Big could take Small out again so they were paraded back through the surgery.

I stayed to finish up with the doctor but when I left the ladies waiting in the corridor could not meet my eyes. They may have been embarrassed, shy or unsure. They may have been tutting at the badly behaved child. I don't know, but at that point a quick smile or sympathetic glance would have been really appreciated.

An hour later, Small was still producing those heartbreaking juddery sighs that children do and three hours later he has fallen asleep.

It is hard to find the energy and emotional reserves to take your child somewhere that you know will be excruciatingly difficult for them. It is hard to see them in such a state and to know that even the people who aren't staring are probably watching out of the corners of of their eyes. We don't want pity but empathy is appreciated. 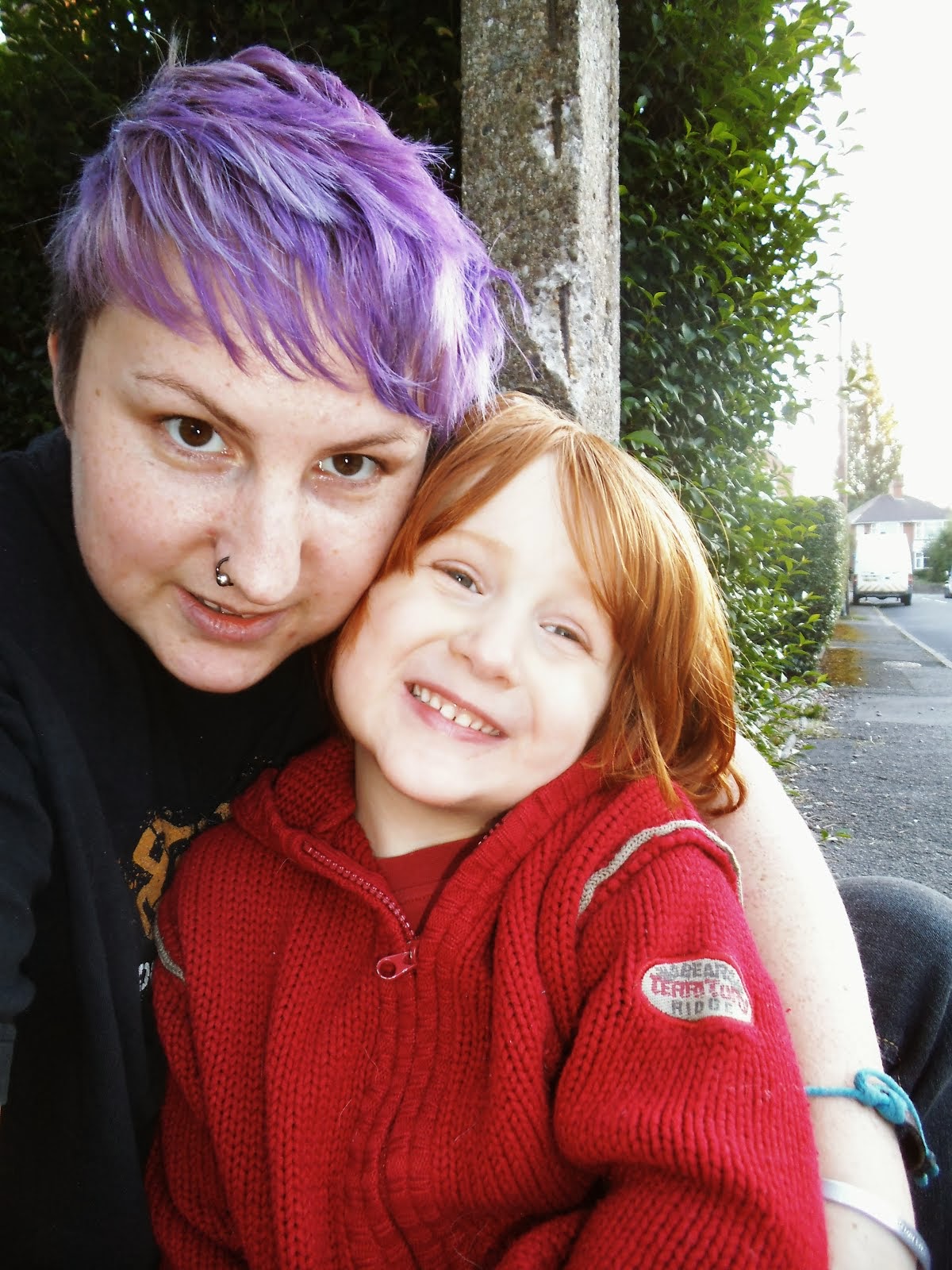